Here are two reasons why so many homeowners decide to put shutters in their homes.

They have the potential to increase a home's value

Most window dressings, such as curtains, roman blinds, etc, have little to no impact on a property's value. Unlike these other window dressings, shutters have the potential to increase a home's value, provided the homeowner who chooses them ensures that they opt for a style of shutter that complements their home's appearance and that they have them professionally fitted (so that they're stable and are neatly attached to each window).

The reason for this is that whilst most people take their blinds or curtains with them when they sell their home and move out of it, they'll usually leave the shutters behind, as shutters are a semi-permanent feature. As such, prospective buyers will often favour homes that have shutters over those that don't, as they know that not only will they not have to spend money on curtains or blinds if they buy a home that has them but they'll also get to enjoy the style and beauty that these window dressings add to the property. Additionally, they'll know that the shutters will be more effective than fabric window dressings at insulating their home and preventing the loss of hot or cold air. This, too, could make a home more attractive to buyers and more valuable overall.

They're extremely easy to take care of

Another reason why many homeowners prefer shutters is that they don't require as much maintenance as other window dressings. Shutters, which are usually made of varnished wood or painted metal, are more stain-resistant than curtains or blinds that are made of permeable fabrics and so homeowners who have shutters don't usually need to spend time removing stains caused by spilled drinks or dirt from their window dressings. Additionally, due to them being made of materials that are more robust than the fabrics from which other window dressings are made, they're far less likely to develop holes or tears that would require repair, even if they're sometimes handled carelessly.

Lastly, whilst shutters can get dusty in much the same way curtains or blinds can, the process of removing dust from them tends to be easier. This is because dust can get stuck in the fabric fibres of a blind or a pair of curtains and so be difficult to completely remove unless these window dressings are taken down and either vacuumed very thoroughly or washed. However, removing dust from a set of shutters can often be done in minutes, with some quick swipes of a dry cloth, as shutters don't have fibres or porous surfaces into which dust could get stuck. 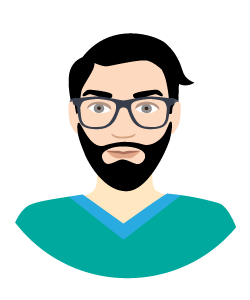 Hello! My name is Harold. This is my home improvement blog. I hope that this blog will help you to understand the best way to improve your property. Making a few small changes to your property can really improve your quality of life. For example, when I moved my kitchen counter closer to the oven, it made it so much easier when I was handling hot dishes. I also had some steps put into my garden on the slope so that my older friends could walk up and down the garden with ease. I hope my blog inspires you. Enjoy!

Tips for Renovating Your Bathroom
15 March 2022
A beautiful bathroom will create a relaxing space for you to unwind. But the design process can be a big project. Here are several tips to help you en …

How To Design A Kitchen For Your Lifestyle
8 December 2021
For a homeowner, a kitchen renovation isn't just about adding value to the property or making your home look nicer for visitors. It's also a chance to …